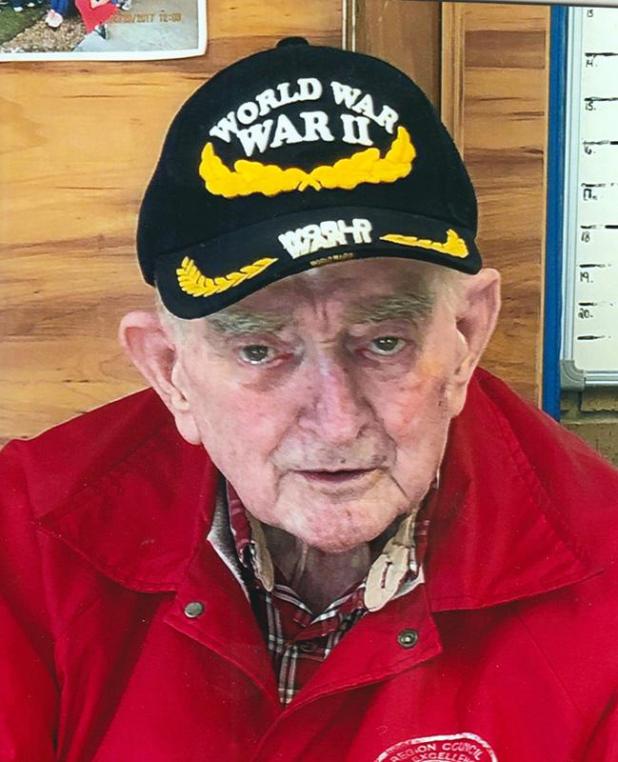 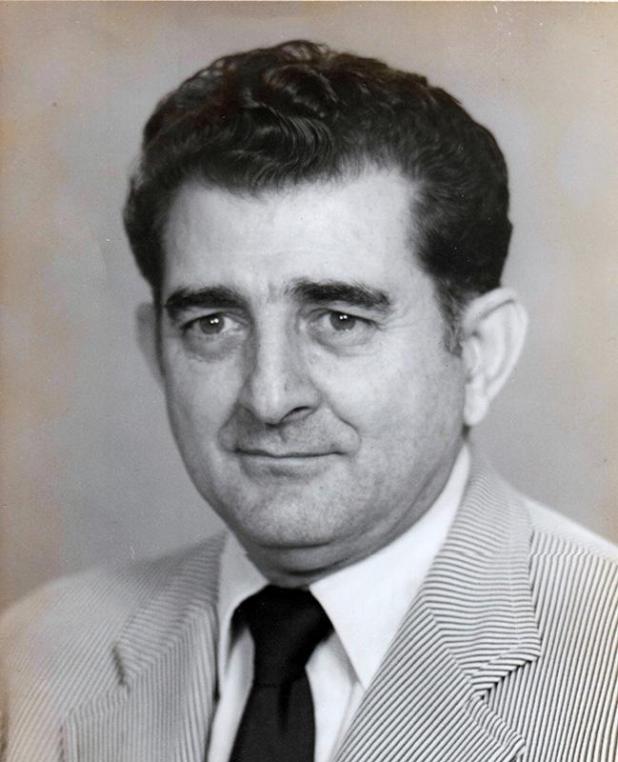 A Mass of Christian Burial will be held Wednesday, Aug. 21, 2019 at 2:00 pm at St. Michael the Archangel Catholic Church for John George Lambousy, 94, who died Monday, August 19, 2019 at Acadia General Hospital in Crowley.
Fr. Brent Smith, Parochial Vicar of St. Michael the Archangel Catholic Church, will officiate for the services. The family requests visiting hours Tuesday from 5 pm to 9 pm and Wednesday from 8 am to 1:45 pm. A rosary will be recited Tuesday at 6:00 pm. Burial will be in Woodlawn Mausoleum.
John was born in Crowley, La in his parents’ home on Dec. 8, 1924. His parents were Harry Lambousy of Metylene, Greece and Julia Ziegler Lambousy from Madison, Wisconsin.
He attended St. Michael and Crowley High School where he graduated in the Class of 1941 and lettered in two sports, track and basketball at Crowley High. John was a Pelican Boys State representative in Baton Rouge and was also an Eagle Scout. He graduated from Southwest Louisiana Institute (ULL) before attending Colorado State University in Ft. Collins, CO. There he earned a master’s degree in Vocational Education.
John served his country as a Staff Sergeant of the United States Army. He participated in the Philippine/ New Guinea campaign of World War II and was in the occupation forces in Japan. While in the service, he earned the qualification of expert rifleman. Decorations included Asiatic-Pacific Theater, Meritorious Unit Award, Victory Medal, Philippine Liberation and Good Conduct. He was honorably discharged in March 1946 at Fort Bliss, TX. Prior to his enrollment in the service, he was employed as a welder in New Orleans where he participated in the construction of the Higgins Amphibious watercrafts which were used during the war. He participated in the Honor Air Flight Louisiana project traveling to Washington, DC, being escorted by his eldest son, Keith.
John started his career as a welding instructor at the vocational-technical school in Crowley. He retired as the Director of the school after years of guiding many young men and women into their own career paths. He also worked as a member of an accreditation team that would conduct surveys of other vocational-technical schools. After retirement, John became a board member of the Acadia Council on Aging.
John is a parishioner of St. Michael the Archangel Catholic Church and holds membership in the Veterans of Foreign Wars, the American Legion, and is a charter member of the National World War II Museum in New Orleans. In his final years, John would always be seen proudly wearing his World War II veteran’s cap.
Mr. Lambousy is survived by one daughter, Laura L. McLeod and her husband Tommy of Ragley; two sons, Stephen Lambousy and his wife Carla of Crowley, David “Pappy” Lambousy and his wife Sharon of Crowley; one daughter-in-law, Jacki Hensgens Lambousy of Crowley; 10 grandchildren, Eric P. Lambousy, Jeanne Lambousy LeBeouf, Heather Lambousy Brothers, Alison Lambousy Daigle, Matthew J. Lambousy, Natalie M. Lambousy, Caleb H. Lambousy, Erin Lambousy Blanton, Hunter S. Giovanni and Zachary B. Giovanni; 3 step-grandchildren, Kara Benoit, Rachael Bellard and Colton McLeod; 14 great-grandchildren and 8 step great-grandchildren.
He was preceded in death by his wife, Willa Mae Gaspard Lambousy; one son, John Keith Lambousy; parents, Harry and Julia Ziegler Lambousy; one brother, Harold P. Lambousy.
Pallbearers will be Eric P. Lambousy, Matthew J. Lambousy, Hunter S. Giovanni, Caleb H. Lambousy, Zachary B. Giovanni and Kyle Blanton.
The Lambousy family appreciates the services of Dr. Paul Stingfellow, Gueydan Memorial Guest Home, Acadia General Hospital and Lamm Hospice who gave exceptional care to “Mr. John”.
Words of comfort may be sent to the family at www.geesey-ferguson.com
Arrangements have been entrusted to Geesey-Ferguson Funeral Home, 301 North Avenue F, Crowley, LA 70526, 337-783-3313.