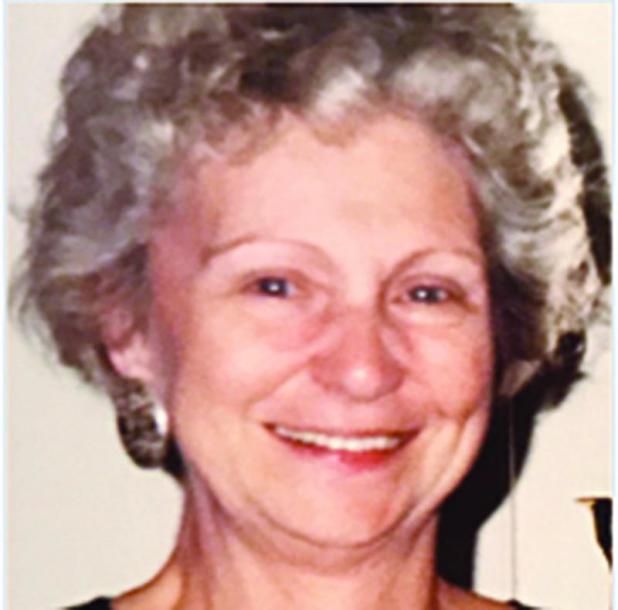 JoAnn Ardoin Amy, 88, of Lafayette, passed away peacefully at home surrounded by her loving family on Aug. 31, 2019, following a long illness.
JoAnn was born on June 15, 1931, in Eunice, to Leo Ardoin and Laurice Veillon Ardoin. When JoAnn was 5 years old, her family moved to the Angola Prison Farm after her father accepted a job as the chief electrician at the prison.
JoAnn had many good memories of these early years with her family, and, in recent years, her grandson, Rodney Hess, produced a documentary titled “The Angola Pearl” about JoAnn’s recollection of those years.
In 1942 the family moved back to Eunice where her parents established an electrical appliance store named Leo’s Electric. In her senior year at Eunice High School, JoAnn met and fell in love with Philip Amy Jr., a newly graduated veterinarian from Iota, who established a practice in Eunice. They were married on Sept. 16, 1948, and raised six children.
Following their first years in Eunice, Philip completed his military commitment with the Army Air Corps and the family moved to Chicago, Illinois, then Victoria, Texas, before returning to Eunice, where Philip built his veterinary practice and together, Philip and JoAnn raised their growing family. Tragically, Philip suffered a stroke at an early age followed by many years of declining health.
JoAnn responded by purchasing the business her parents built, which had been renamed Leo’s Gifts, in downtown Eunice and becoming a small business owner to support her family.
Her home in Eunice was always a gathering place, be it for holidays or for enjoying the musical talents of her children and their many “garage” bands.
After JoAnn retired and sold her business, she was always on the go, so much so that her car’s license plate aptly read “Go Jo”. She moved from Eunice to Lafayette to be closer to her children and grandchildren, but she was always on the lookout for her next adventure.
When she had enough of life in four walls, she purchased the first of three RVs so she could travel the United States, sometimes solo but mostly with friends and family in tow. After several years of touring, and now in her third camper, a motor home, she reluctantly decided to give up the lifestyle due to the persistent encouragement of her concerned children.
To say she lived a full life would be a gross understatement. Spending time with family and going on adventures were her favorite pastimes. She loved her grandchildren and great-grandchildren more than anything, and there was a constant flow of them through her home to prove it.
In addition to her major RV escapades which included travels to the Rose Bowl Parade in Pasadena and to Nova Scotia, JoAnn had many adventures over her lifetime, including, jeep riding in Acapulco with her sister, Gilda; touring southern France and mixing with the locals while staying in a small town near Avignon, again with her sister.
She was a guest at the White House and met President George W. Bush and his dog Barney. She toured and tasted wine in northern California. She traveled to see the fall colors in the Northeast, something she had always dreamed of, and, she frequented New Orleans along with new and old haunts all over southwest Louisiana for the music, food, and joie de vivre.
She was always ready to accompany her children and grandchildren on trips to the beaches, the mountains and even Disneyworld. She was, after all, Go Jo.
Fun, fortitude, courage, loyalty, kindness and fearlessness are some of the words used to describe JoAnn. She was also a woman of great faith and always leaned on it to help her through the challenges in her life. With her bright blue eyes inherited by every one of her children and her endless energy, she could dance a Cajun two-step, a smooth Jitterbug or a carefree second-line with her festively decorated umbrella held high.
JoAnn was pre-deceased by her husband, Philip Amy Jr.; her daughter, Laurice Amy Dubuc; her parents, Leo and Laurice Ardoin; and her brother, Mervin Ardoin.
She is survived by her siblings, Gilda Ardoin Little of Clayton, Georgia, and Leo Charles Ardoin (Nan) of Austin, Texas. She is also survived by her children and their spouses, Phil (Doris), Lygia Cart (Jonathan), Michelle Johnson (Michael), Larry (Julie), Paul (Missy) and her son-in-law, Mike Dubuc. She is also survived by her 15 grandchildren and 28 great-grandchildren, and she leaves behind 12 nieces and nine nephews to whom she was a very special aunt.
JoAnn will be greatly missed by her family, who knows through the grace of God she is in a better place and reunited with those she loved who passed before her.
A Memorial Service will be held on Saturday, Sept. 7, from 9 a.m. until noon at Quirk and Son Funeral Home in Eunice. Burial will follow at Mt. Calvary Cemetery.