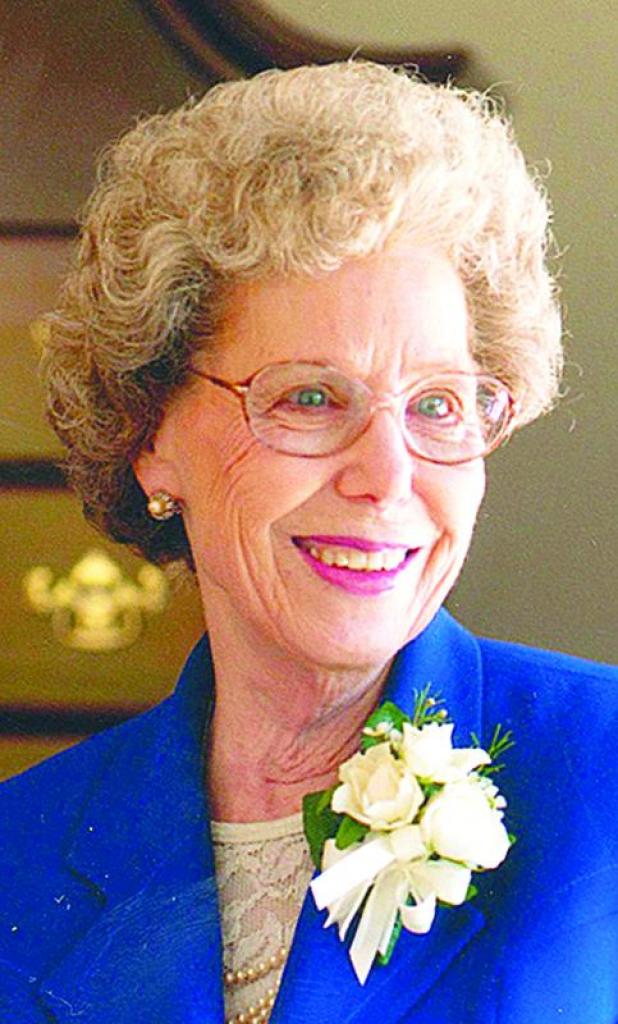 A Mass of Christian Burial for Barbara Dumesnil Reggie, 91, Crowley native, is set for Tuesday, Oct. 22, at 10 a.m. at St. Michael Catholic Church in Crowley with Msgr. Keith DeRouen celebrating.
Visitation will be from 4 p.m. until 7 p.m. on Monday, Oct. 21, with the rosary to be recited at 6 p.m. and on Tuesday, Oct. 22, from 8 a.m. until 9:45 a.m.
Mrs. Reggie was born in Crowley on Feb. 7, 1928, to Lawrence and Dora John Dumesnil.
She is survived by four daughters, Mary Elizabeth Istre and husband Dennis and Donna Marie Fruge and husband Michael, all of Crowley, Yvonne Marguerite Balentine and husband Garry of Shreveport, and Barbara Anne Hornsby and husband Aaron of Branch. She is also survived by two sons, Samuel J. Reggie and wife Keral and John F. Reggie and wife Susan of Crowley, and two daughters-in- law, Tina Reggie of Lake Charles and Gwen Young and husband Gerald of Broussard; 33 grandchildren and 40 great-grandchildren. Mrs. Reggie is also survived by her sister-in-law Doris Boustany Reggie of Lafayette and numerous nieces and nephews.
Mrs. Reggie is preceded in death by her husband of 60 years, Samuel J. Reggie Sr. and two sons, Lawrence “Larry” Reggie and Paul Reggie.
She received her formal education at St. Michael School, St. Charles Academy in Lake Charles, and graduated from the Barbizon School of Modeling in New York City. She auditioned for, and was accepted by The Rockettes of Radio City Music Hall in New York City.
She was later owner and artistic director of three schools of dance in Crowley and the surrounding area. She continued her love of dance into her 80s.
Participation in her children’s activities was foremost in her life. She served as an associate and co-chairwoman of the Tulane University National Parents Council, a Cub Scout Den Mother, taught religion for St. Michael Catholic Church and was a Certified Master Catechist for the Diocese of Lafayette with a specialization in Special Religious Education.
For her many years of service to the local and diocesan church, she was invested with the Bishop’s Medal for Devoted Service to the Diocese of Lafayette.
Mrs. Reggie was a member of the Pink Ladies for many years and a volunteer at Ms. Helen’s Soup Kitchen. She served her church parish as an Extraordinary Minister of Communion to the sick and shut-ins, was a Lay Carmelite in the Third Order of Mount Carmel, and was involved in fund raising for St. Jude Children’s Research Hospital.
She was a member of the Catholic Committee on Scouting for the Diocese of Lafayette and was awarded with the Scouting Scroll of Honor and the prestigious Bronze Pelican Award for Meritorious Service.
Her love and devotion to her Catholic faith was manifested in service and recognition. Mrs. Reggie was named a Lady of the Equestrian Order of the Holy Sepulcher of Jerusalem and promoted to the rank of Lady Commander with Pilgrim Shell by Pope John Paul II. She and her husband made annual one-week pilgrimages to Lourdes, France, to assist the handicapped pilgrims.
She was a member of the National Apostolate of Maronites, serving in the Eparchy of Our Lady of Lebanon and participated in the activities of the Holy See’s Catholic Near East Welfare Association supporting Catholic Churches and orphanages in the Holy Land.
Mrs. Reggie felt especially honored to be a Charter Founder of the Statue of Liberty and Ellis Island Foundation.
The family thanks her devoted caregivers, Joella Lease, Kim Simon, Melissa Guidry, Joanne Louvierre, Thelma Hebert and the entire Heart of Hospice Staff.
In lieu of flowers the family requests donations be made to either St. Jude Children’s Hospital or Heart of Hospice.
Words of comfort may be sent to the family at www.geesey-ferguson.com.
Arrangements have been entrusted to Geesey-Ferguson Funeral Home, 301 N. Avenue F, Crowley, 337-783-3313.