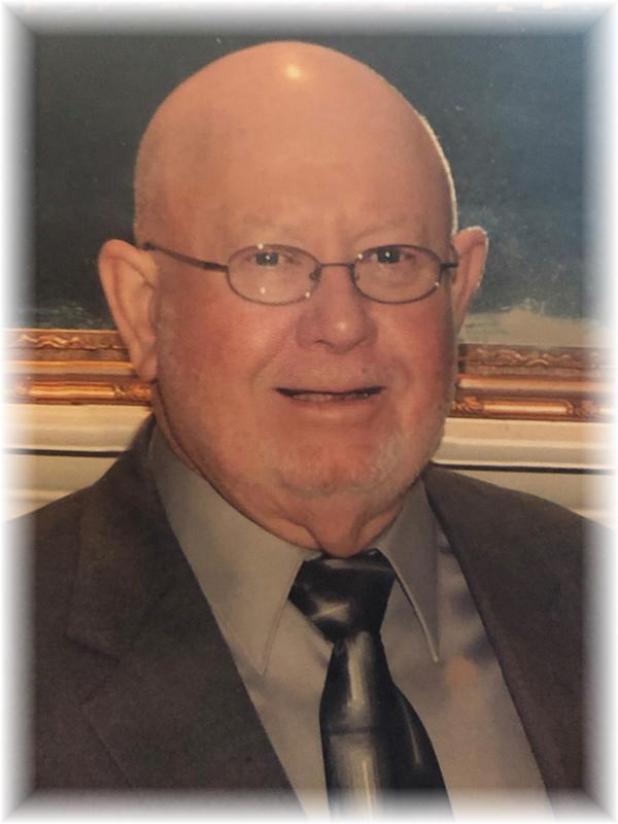 A Mass of Christian Burial will be held at 10 a.m. Saturday, Nov.  2, at St. Peter the Apostle Roman Catholic Church honoring the life of William Francis Zaunbrecher, 73, who died Monday, Oct. 28, 2019, in Gueydan.
He will be laid to rest at Gueydan Cemetery with Reverend Jason Vidrine officiating the services.
Serving as pallbearers will be Jason Badeaux, Billy Badeaux, Mike Petry, Chris Petry, Heath Comeaux and Luke LeBlanc.
He was a native of Gueydan and a graduate of St. Philomena Catholic School and Gueydan High School. He was a hardworking son and good student who enjoyed sports, playing football in high school. He was known to most people as “Uncle Bill”.
Bill was married to the former Nona Faye Petry for the past 52 years.
He was in the Co.C 156 Infantry Brigade of the LA National Guard. Bill was a member of St. Peter’s Catholic Church, where he was a former lector and Eucharistic Minister. He was a former member of St. Peter’s School Board, GHS Booster Club and was the 1992 Duck Festival Honoree.
He was an active member of the Brother Andree Council 3055, where he served as Grand Knight for 12 years. He was a member of Rev. A.J. Braquet Assembly of the Fourth Degree Knights of Columbus where he served as Post Commander for two years.
Bill was a rice farmer who began farming with his brothers, Richard and Frederick Zaunbrecher, then later with his nephews, Joel and Hugh “Bear” Zaunbrecher. Bill retired this past year and his son-in-law, Jason Badeaux, took over his farming operation.
Bill was an avid sports fan, who enjoyed all the Saints games, however stressful they may be. His passion in his more youthful years was cooking with his friends. He said he learned his cooking skills from the best, the late Mr. Adea LeLeux.
He enjoyed visiting with his friends every morning at Lougons, especially with Cru Delcambre and also Fat George’s Cafe, with Jerry Fluitt, Lloyd Suire, Maria Hebert, and many others.
He leaves to cherish his memory his loving wife, Nona; his only living child, Tessa; “the best” son-in-law ever, Jason Badeaux; his three grandsons who were precious to him, Billy (13), Bobby (11), and Brees (9); godchildren Angel Petry (Jack Hair), Taryn Hair Comeaux (Heath Comeaux) and Tagan Hair; his only living brother, Ronald Zaunbrecher; and numerous nieces and nephews.
Bill will be greatly missed by all of his family and friends.
Bill will be united with his only son, Billy Zaunbrecher (dec. 1998) (Shannan Suire Waits). He was also preceded in death by his parents, Mary and Joseph Zaunbrecher; his two sisters, Dorothy Toups and Mary LeBlanc; and six of his brothers, Phillip, Wilfred, Frederick, Julian, Richard and Charles.
The family requests that visiting hours be observed at Vincent Funeral Home - Gueydan, 311 Fourth St., on Friday, Nov. 1, from 11 a.m. until 9 p.m. with a rosary being prayed at 7 p.m. by the Knights of Columbus; and Saturday, Nov. 2, from 8 a.m. until the procession departs for the church at 9:45 a.m.
All funeral arrangements are being conducted by Vincent Funeral Home of Gueydan, (337) 536-6124 [Service Information 225-5276].
Condolences may be sent to the Zaunbrecher family at www.vincentfuneralhome.net.