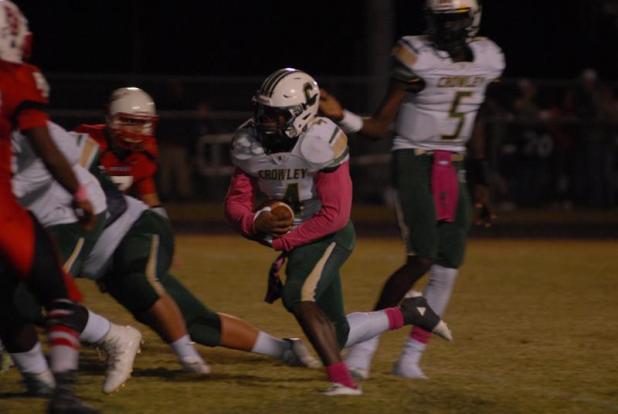 THE POST-SIGNAL / Jacob Dupuis
Crowley High’s Donald Francis darts into the end zone Thursday for one of his four touchdowns during the Gents’ 38-0 victory over Port Barre.