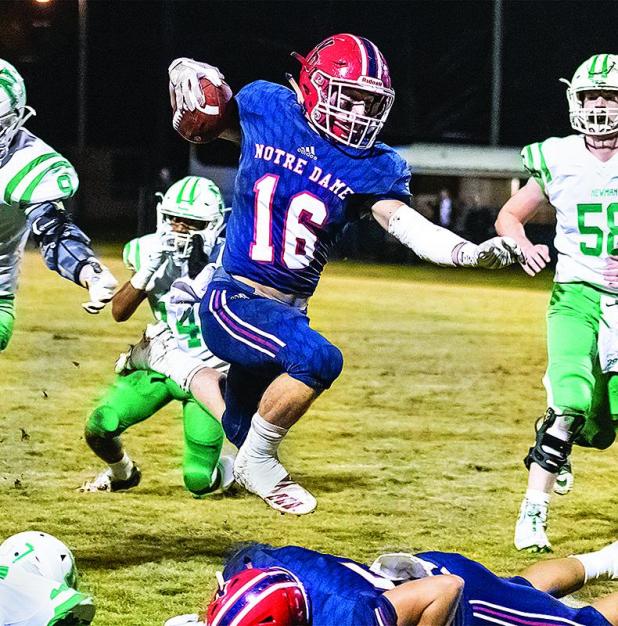 THE POST-SIGNAL / Jason Faul
Notre Dame’s Noah Bourgeois leaps over a player two weeks ago during the Pios’ 48-21 victory over Newman. The Pios will take on Catholic High of New Iberia tonight at 7 p.m. in the Mercedes-Benz Superdome for the Division III state title.

Rematch: Pios back in title game against Catholic High