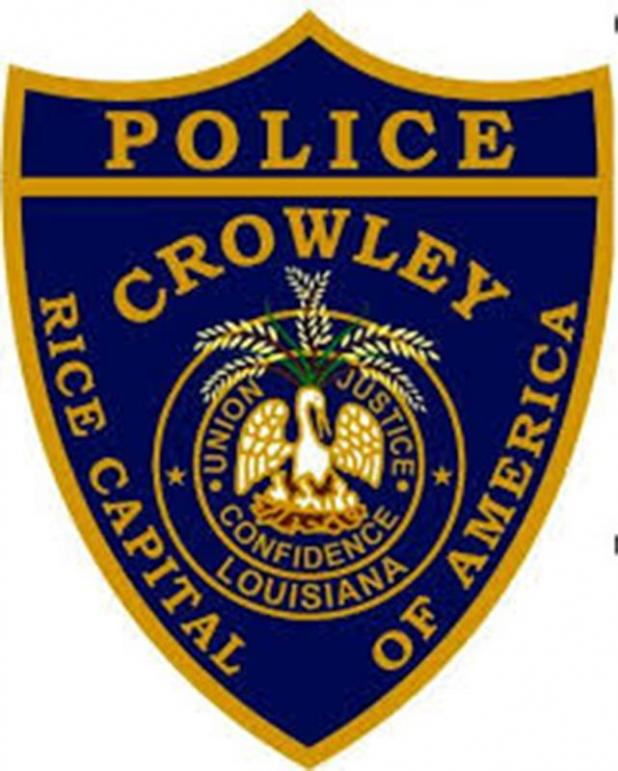 Calling the accusations made during Wednesday night’s city council meeting part of a “personal vendetta” against him, Police Chief Jimmy Broussard said he is at least glad officers will keep their body cameras.
The council voted unanimously to pay $80,000, representing two years of payments, to Axon Enterprise, Inc., toward the eventual $200,000-plus cost of the cameras.
At issue was the legality of the purchase contract since it was signed two years ago by Broussard and not the mayor — Greg Jones at the time of the purchase.
During last week’s committee meetings, Jeff Cavell, chairman of the Revenue and Finance Committee, in a pre-prepared statement, accused Broussard of various improprieties, but recommended payment of the bill so as not to ruin the city’s credit.
In making the motion to pay the bill to the full council Tuesday night, Cavell read a prepared statement from City Attorney Tom Regan (see story this page) that outlined a number of “illegal” actions by the chief.
In response to Regan’s letter, Broussard said that, from what he heard of it (he was not given a copy prior to the meeting), “I found it quite interesting that at least part of it mimicked — almost verbatim— the prepared statement that ... Cavell had read the week prior at the committee meetings.”
The chief pointed out that he has never contested the validity of the issues raised against him and that he has “owned up to the mistakes. However, the inflammatory, derogatory tone that both letters contained leaves me somewhat appalled.
“While decorum and public decency would have dictated that the letter be read in executive session, it was chosen to be read in public, once again presenting issues that have become — at least for one council member and I am quite sure possibly a member of the administrative staff at city hall — a point to keep me ‘strapped’ to the proverbial ‘scourging pillar.’”
Noting that the same issues had been brought up on numerous occasions during previous council meetings, Broussard said some council members seem to prefer to “continue to beat a dead horse.”
“While I have the utmost respect and the deepest admiration for Mr. Regan, I am pained that he was made a pawn in this ‘witch hunt,’” Broussard said, taking specific issue with Regan’s statement that “all mayors and chiefs of police ... are trained” in all aspects of the Lawrason Act, particularly as it pertains to the signing of contracts.
“While every chief does receive training in ethics each year, not all mayors and chiefs are educated in the ‘ins and outs’ of the Lawrason Act, public bid law and budgetary constraints, and definitely not chiefs are trained in this every year,” he said. “Even other municipalities that Mr. Regan himself represents are not versed in these aspects.”
Broussard said that, while Regan explained the issues raised against him were not to the level of prosecution, “the demeanor and tones of the letter have decimated me personally.
“My only respite is that the council approved the payment of the body cameras and that the officers will continue to be able to use them, as they are sorely needed in this conflicting and dangerous world we are living in.”
Broussard accused the council of continuing to focus on issues concerning him and the police department in order to “ keep the light off of themselves.”
“With all the light being kept on me, it can’t help but make me wonder what light is trying to be hidden from view?” he said.
As examples, Broussard noted:
• he has emails to prove that he had requested the Axon bill be paid in August, 2019, out of the police department’s budget;
• he knows personally that one of the city-issued credit cards has been declined a number of times;
• the city has been on “credit hold” with various vendors for non-payment of invoices (invoices for which he said purchase order requests had been filed through the proper channels and numbers had been issued), some dating back almost a year.
He also questioned the city administration’s priorities in concentrating on his improprieties and not addressing such issues as blighted properties. He questioned the attorney fees paid to Regan for the drafting of the letter read Tuesday night and for the lawsuit over the Civil Service Board secretary’s pay.
“Again, to place — and keep — the light on someone else brings the convenience of having the light kept off oneself,” Broussard said. “One can be petty and keep throwing ‘fiery darts’ in a vengeful personal attack on a public official’s character, but to keep the focus on this keeps this city stagnant and we cannot move forward.
The chief pointed out that, in the past two months, Crowley has had two homicides and two attempted homicides.
“Would not the light be better focused on these issues and the issues that are facing us as a city, rather than harboring personal vendettas and character attacks?” he asked.
He applauded the council for what he called “the foresight of the improvements to the Recreation Department.” But he asked, “Is this going to be the only thing this council will be known and remembered for?
“It will be if we continue to remain stagnant in a whirlpool of attacks and vendettas and not move forward for the betterment of this city.”
In closing, Broussard said he is not condoning his actions or diminishing them in any way, “but it is my hope and prayer that the vote of the council brought an end to the vile bitterness and that we can actually move forward as leaders not focused on each other but focused on the city of Crowley, the people we were all elected to represent.”