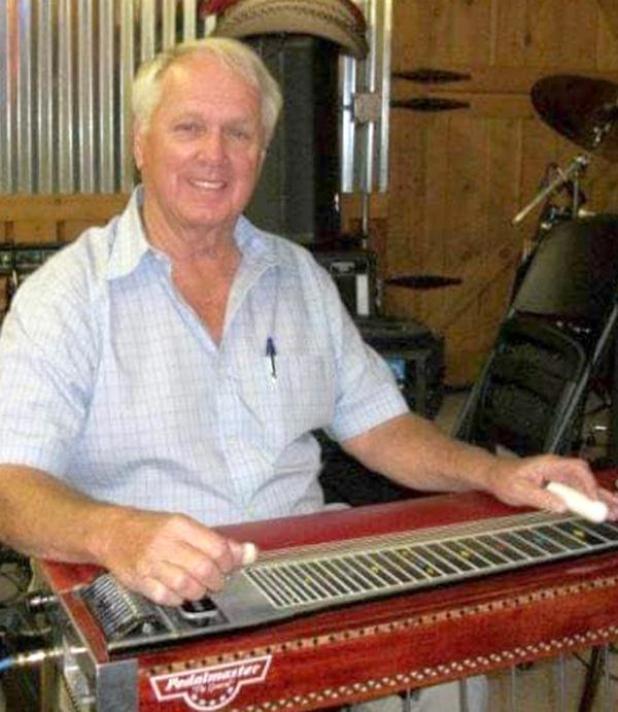 DUSON - On Friday, March 27 at 10:50pm Central time, our beloved Wayma K “Pee Wee” Whitewing transitioned from this life into the next at the age of 86. Born February 11, 1934 in Reichert, Oklahoma to Alva Cheves Whitewing and Nola Ethel Haynes, Pee Wee moved with his family to the South Bay area of California at the age of 8, where he lived until he began to travel professionally as a musician in his late teens. The eldest of three sons, Pee Wee was preceded in death by his parents as well as his brother G. J. “Zeke” Whitewing, and is survived by his brother Bob Whitewing. After marrying his first wife Doye Ann Thibodeaux and starting his family in the bay area where he was raised, he settled in her home in the Ridge area of Southwest Louisiana. Pee Wee and Doye had four children: Wayma Ray “Bubba” Whitewing, who predeceased both of his parents; and is survived by: DeMerris Whitewing Abaldo and husband John Abaldo; Andrus C. Whitewing and his wife Lora, and Andre P. Whitewing. Pee Wee adopted his eldest granddaughter, Andie Whitewing and was her surrogate father as well, and survives him with her children Blake and Ursula Robinson. For the last 30 years of his life, Pee Wee was married to Rhonda Boudreaux from Rayne, Louisiana, and she survives him as well as his step-children, Cory Prejean and wife Karen and children Ben and Claire; and Kellie Daigle and husband Scott, and children Nicholas and Morgan Moreau and Mallory Daigle.

Though he frequently traveled for business and music, Pee Wee spent most of his life in Southwest Louisiana, where he was a barber, a farmer, an independent petroleum landman, a professional musician, and the patriarch and rock for his extended family and community. Throughout the course of his life, Pee Wee generously supported the growth and development of family, friends, and community, and has been widely influential in the mentorship of generations of younger musicians. Known for his genuine love for his fellows in humanity, his generosity, his deep and abiding spiritual faith, and not least of all his tremendous musical gifts, Pee Wee has left an indelible mark not only on all who have had the privilege to know him, but on the development of his primary instrument of pedal steel guitar, and leaves us all with a rich and abiding musical, as well as personal, legacy. The world, and especially Southwest Louisiana, are the richer for his having been a part of it.

For more information about the tremendous life and legacy of Pee Wee Whitewing, please visit his official website at: www.peeweewhitewing.com.

Friends may view the obituary and guestbook online at www.gossenfuneralhome.net.